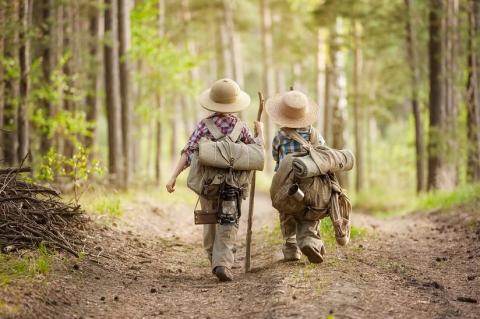 We decided to build a house

It was that part of time before school

the leaves had started turning

and the reeds in the swamp had died

But there was still time so my brothers

sister and I decided to make a house

I remember the tree grew funny

one half right up in the sky

reaching for the dirt and making good bones for the house

snipped through the marsh reeds

we gathered "bushels" to tie to the branches

so many for so long, it took us half a week

and we set more reeds on the ground

It was a very pleasant house

I think we moved on after a while

and I remember seeing it in the early snow

from our kitchen window

I felt affronted and a little sad when it

fell down in the spring.

Ask me who I am and I'll tell you a story

and the kids who built a house.

Poetry Slam:
I Am... Scholarship Slam - CLOSED
This poem is about:
Me
My family
Guide that inspired this poem:
5 Tips for Slam Poetry
Poetry Terms Demonstrated:
Imagery

house Effort backstories memories what defines you what changed your life

50 reads for this poem