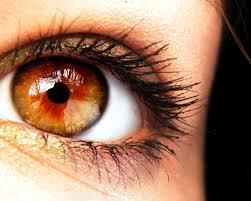 Trapped in a dungeon by my masked lover. He refuses to give me any clues as to who he might be. The only detail I can give is his eyes. His eyes, amber with streaks of gold and green. These are the eyes I long for in my darkest of nights. These are the eyes I look into when things seem like they’re at their worst. I love these eyes. How could something so beautiful and promising belong to such a monster? He has claws and fangs. His heart is black and cold. He doesn't care about the things he does to me. He finds pleasure in hurting me. He has too much power over me. He captivates me with his words and his warm, promising eyes. He contradicts every move he makes. His eyes say “I promise to never hurt you”, but his actions speak volumes and leave marks. His eyes, I can tell there is where he hides his secrets. That is where he hides all of his emotions, all of his pain, all of his motives. He wants me dead and I know it just as well as he does. Something behind his eyes is preventing him from doing so. Sometimes I imagine myself in a picture, beaten and broken, but it is him (I know because of his eyes) that rescues me from that place.

Being held captive for as long as I have, you become less afraid and more accustomed to the beatings and the torture and, eventually, he will lighten up. But, sadly, I know that he loves me. If he didn't, why am I still here? Why did he choose me? Of all the women in the world, why me? I know that when he hits me, it’s not out of anger, it’s out of love. When he touches me, I know it’s because he feels lonely. He just wants to be loved and I have no choice but to give it to him. So I lay still and let him do his business. I look to his eyes for comfort.

Oh, the eyes; so warm and true. In this dark dungeon trapped with this monster, it’s nice to have some sense of reassurance. There are no windows where I’m at. The walls are thick and high. The floor is cold and damp, but his eyes are warming. They are the promise of a tomorrow. They are what keep me alive. Every time he touches me, I just look him in the eye and picture tomorrow; a tomorrow where I will have more to live for than dark days and torturous mishaps.

For now, however, I will continue to look him in the eye. It is a promise of hope, the hope for another day to be lost in his amber waves.