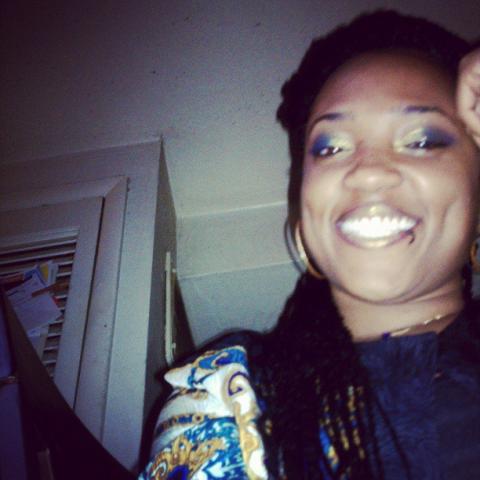 While growing up in a fast lane
She started these fast ways
and she was missing her father
Missing a love that could only be giving by a man
But instead she grabbed the hands of many
She seeked direction through the sex demon
She discovered she could only fullfill that emptiness if her pussy was filled with his dick
And even though each nigga split, she didn't care
Because she was in search
So she lifted up her skirt
just to feel wanted
Only for the moment
Just to feel that penetration
And she would cum
And then she would run
Cause she couldnt handle love
It step'd out on her the day she was born
She was born to be a bad girl
She really wants love but she contradicts love
But yet men fall in love
So now she's a sad girl

while growing up in a fast lane
She started these fast ways
And she was missing her virginity
she once was pure until one night
She was walking home and he raped her
she no longer had relations to purity
Mad at God asking him. "How could you do this to me"
She became more promiscuous and no longer did she care
And her body she shared
with everyone
she hated men because at 16 she found out she lost one
She started writing letters to her unborn child
Then she lost two cause she found out she was dying
Affected with a deadly disease She was H I 'V positive
So without faith, her thoughts was full with negativity
And in all actuality she lost three
Her virginity, purity, and now dignity
So sad
She ain't even fight back so instead
She left a note
Stating that she was better off dead
Damn

These women grew up in the fast lane
And experienced life the fast way
Because now they are
bitches, sluts, hoes, and whores,
Classified by labels that was discovered by Shit these women went through
In a life thats true
Placed with circumstances that lead you up to questions on what to do
sex seems to be the root of happiness these days
Being a delectation presented by punk pimps, playas and bastards
Delivered to the weak and broken
Down for anything, far from out spoken type
I don't want it to seem like I'm male bashing
But
We either help it to stop it
Or we watch it and witness it get worst
Someone has to discontinue
the continues of this generational curse

Guide that inspired this poem:
5 Tips for Writing a Poem About Dreams