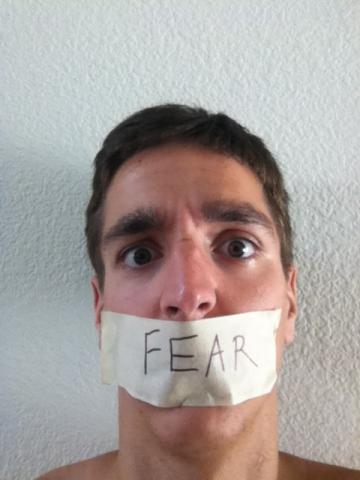 Coming back from the dead was always a terrifying experience for me. I hated it almost as much as the dying. No, not nearly as much as the dying because at least I could breath. I didn't care to see or hear what my father was doing to me. My head was foggy and disoriented, but I was happy for the fog. My body felt as if someone had beaten it with a bat, my throat and lungs were on fire and I'd wake with the thought 'why oh why couldn't I have stayed dead?' Those were always my thoughts as I awoke, unmoving, as if I were dead. I was so tired I couldn't lift my arms, and if I had, I would have found my father still lying on top of me, spent, sweating, pig-like. My father would roll off and steal another piece of me. I felt if this happened too many more times there would be nothing left of me except my empty skin. A hollow me. My father would wipe his disease off my body with something he'd brought with him, as if he could wipe away his sin along with his stain. Fool. Some things never went away no matter how much you scrubbed them. I would thank god it was over at the same time I was hating him for letting it happen in the first place. I hated God for not letting me die. After it was over, my father would slink away taking the damning evidence with him. I never moved,talked to or even acknowledged my father's presence when he was done. I would leave my mind blank until he left so he couldn't see any kind of reaction on my face. I was afraid if I cried my father would try to comfort me. He had no right to comfort me. No, I never cried in front of my father anymore, no matter what he did to me. I felt crying showed my father weakness, like saying ' boo hoo you really hurt me'. I would never show my father how much he could hurt me, because in my mind, it gave him power over me. That was something I would never give to him willingly. Though I fought like a freak, my father physically owned my body and could forcefully take what ever he wanted from it, whenever he could get away with it. But what was inside of me; my emotions, my spirit, my soul, my will to live, my love and hate, everything that made me who I was, I owned. Remember this. They can't take that if you don't let them

62 reads for this poem