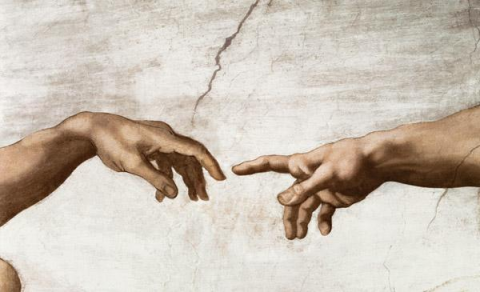 There is a problem.

Well, there are a lot of

but pretend for now that they are all just one big

(Imagine it isn’t what you think)

Someone knocked over Her favorite china bauble.

And maybe in the old days when we were young,

One of us would point at Zeus and say,

But no one points at Zeus anymore.

Or Gaia, or the Titans,

Or Thor, or Vulcan,

Or Kali, or Rūaumoko.

And no one prays to them for safety, anymore.

(Did they change phone numbers?)

(Imagine no one but you is listening)

Her favorite china bauble had a garden on it.

We haven’t seen it since we were young,

since the first time we broke that bauble

and chipped a piece off of the painted garden’s painted apple tree.

(Did you know Iðunn’s golden apples grant you immortality?)

(Imagine if we had looked back when we left)

got the dates mixed up.

He lent us a lighter when we were younger,

but in most places

you can’t smoke until you’re older-than.

Smoking makes people look older than they are.

(Imagine 7 billion-or-so kids in a trench coat, shaking their fists at God)

The prefrontal cortex of a human brain,

the part that influences judgement and forethought,

doesn’t fully develop until the age of 25.

(Imagine you’re the center of the world)

What happens when you teach a child how to drive

before they’re big enough to reach the pedals?

They have two options.

or step on the gas.

(Guess which one we overdid)

(Imagine we had a choice)

The old gods never prayed to each other,

and maybe accidentally passed down Her flame in the process.

(We can beg Her to fix the problems we made,

but no one can resolve them except us)

(What do you do when the only one you have to pray to is yourself?)

Back to the problem.

How will We fix it?

(Imagine we'd done everything that we already have,

and still think that Someone Else did it for us)

67 reads for this poem