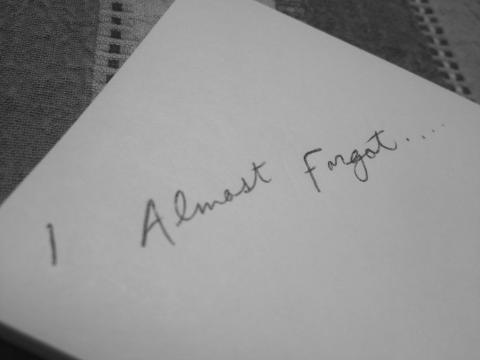 Writing is my way of being omniscient.
I can say what whatever I want.
I may be criticized or praised, but at the end of the day it’s how I feel of the product that really counts.
No one can ever tell me, "Why would you say that?"

And no one can stop me.

We only have one life to live so I’m going to live it wisely.
I may regret things I say or write, but later I’ll realize that it was all worth it.
Because if I don’t say anything, who will?
What’s wrong with saying how you feel?
Regardless, people will say something.
Who’s right now days?

We see sex on television as frequently as the news – on the daily.
HIV is spreading faster than colds.
The world grows hotter every year.
People’s heads are down because their eyes are glued to their phones.
They forget to see the reality in front of them – a world in need of change.
Children are dying on the streets because their bellies are empty, and what are we doing?
Ignoring our responsibilities and falling into a world of materialism.

I think once in a while people should read poetry.
It doesn’t brainwash you like television – making you only see one side.
It opens up your imagination and shows you images you’ve never seen before.
Poetry creates a world of opportunities and hope.

Yes, sometimes I may forget how good it feels to write down how I feel in words.
And how it feels to express my emotions without saying a thing.
But whenever I get that sudden itch to write, I’ll write down anything and everything that is on my mind.
Because in the end I’ll always remember how poetry helps me escape the terrors of reality.

68 reads for this poem