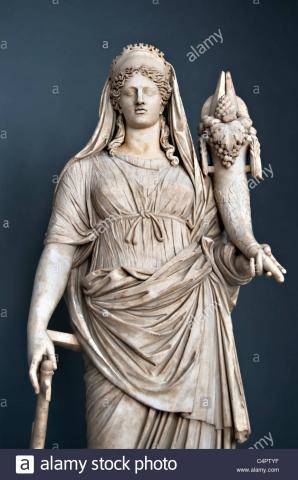 I have heard people around the world respect you. They admire you. They believe in

you. Some say everything is dictated by your will. Others think your actions are closely

linked to sources of divine intervention. What do I think about you? I guess you will find

out in this letter.

Last night, as I was heading home after a long day of school, I heard some stories of

you. Some of them were just awful! I am sorry I doubted about you—just for a

millisecond, though! Those people said you have your “favorite ones.” I still don’t get

what they were talking about.

Dear Goddess Fortuna, could you please comfort me, just as you do with those who

believe in you whenever they feel miserable? If you have been there indeed, and I

haven’t realized it, do you remember when I was struggling so bad with my physical

condition—which only my parents know about—to the point I wished I was dead? Or

when my parents divorced and I felt so lonely? Or when my brother lost his newborn

baby, leaving us hopeless? Or when I was not sure what my life was going to be like as

I had an ambitious dream of studying abroad but had limited resources?

Goddess Fortuna, three days have gone by since I started writing this letter. One

particular thought fills up my mind at this moment: what if you are responsible for all

the pain I have gone through my entire life? Perhaps, this is what those strangers had

in mind when I heard them a few days ago. It might be extremely easy for you to just

spin your wheel and change a person’s life in the blink of an eye, according to your will.

Well, I ain’t playing that game.

Have you ever heard about Hannibal Barca? How this young Carthaginian man, against

all odds, accomplished what he once promised his father when he was 8 years old?

How Hannibal became one of Rome’s worst enemies, almost decimating it if it were not

for his empire’s betrayal? Yes, he thought his closest ones supported him no matter

what; how painful it is when those whom you consider your most intimate ones betray

you! Hannibal came across the Alps, one of the world’s largest mountain ranges, during

the worst of winters—leading not only the Carthaginian army but about 80 elephants,

too!—and defeated the Roman Empire multiple times (being the author of Rome’s

greatest defeat ever: the Battle of Cannae). Also, by just hearing his name, Rome was

shaken. And even though he was persecuted on his last years, he died with honor and

Likewise, you may be against me and my biggest dream: to continue studying abroad.

But you know what? I do not care about it. I don’t think someone like you has power

true, whether you like it or not. So, beware, because I plan fighting until my very last

breath. You think you have power over everyone’s life? I don’t think so. Not mine.

I have heard people around the world respect you. They admire you. They believe in

you, Fortuna. Not me.

Poetry Slam:
Life in a Letter Scholarship Slam — CLOSED
This poem is about:
Me
Our world