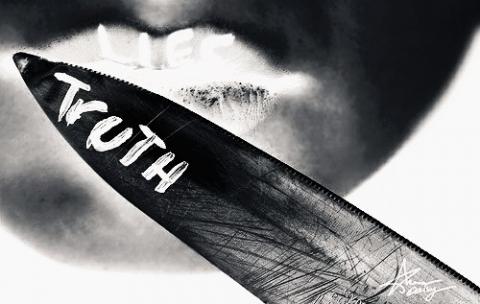 Feeling unattractive according to the misled masses?

To help you feel completely worthless mutilate the surface.

Want to kill for protection or the thrill?

It must be guns and their irrelevant purpose.

Believe in freedom of speech when your opinion is at it's peak?

Obsessed with the fable of labels?

Identify with lies that treat the symptoms of what will kill you inside in time.

"Use my pronouns" AKA "Respect my right to deny. "

Hate the puppet in the red tie?

Blame the rich, racists, and political party that of course isn't yours,

because the opposition to popular opinion is automatically the bad guy.

to the struggling artist selling Love for a buck as they pass him by,

Feeling responsible for who, what, and where you are in this existence?

Too lazy to live healthy, be the change, and listen, challenge your mind, act on truth?

Simply breed a PC youth, what long term damage could it possibly do.

Too gullible, ignorant, and inexperienced to admit

that you don't know how to raise your kid?

Let society put breasts and wig on your son when he's six.

For your daughter, a simple surgery would give her a functioning dick.

This is not a form of dictatorship, experimentation, its what's in

that doesn't imply they're not wise enough to make permanent life decisions.

Everyone's doing it don't miss out on the inclusion,

don't be such a transphobic, racist, misogynistic, homophobic, extremist.

Their are more than two genders quit promoting your delusion.

Feel like you are too responsible for the progress of your culture?

Thanks to MLK we have reverse racism crack vulgar

"My past is there fault, but my future is my- there responsibility! "

Why unify, unite, when you can repeat history in a different shade.

Beating and insulting freely is what King saw in his dream.

Welcome to America the land of tears, fears, and apple pie.

The things we do to avoid the enemy inside...

Poetry Slam:
Fight the Fear Scholarship Slam — CLOSED
This poem is about:
Our world