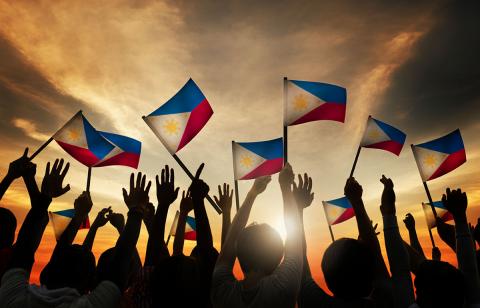 Bring back the old land

the one we used to be proud of

like the times we still uphold our own values

when we still care for respect for dignity

those olden days when race isn't a big deal

the black and white images of pioneers

when Filipinos are still Filipinos

and not foreigners in their own land

when we still wear our National identity

those times when we're still against cruelty to see changes

when ethnic cleansing isn't the only solution

funny how they are now in favor of disloyalty to vows

and it's inhumane to fight for abortion to be legal

do you feel satisfied when people's blood's dripping down your hands?

people aren't in charge of others' lives

It's always a matter of choice

Others believe tyranny is the answer

while few people chose to be silent

afraid of their lives

taking away lives won't lessen the count of criminals

is that what you people want?

seeing your own race suffer and enjoy it?

This is your country

the blood of your ancestors was once shed on this land

don't focus on your own sufferings

focus on the surroundings

but you cannot change the history itself

it will never be

that lead to revolution

but it doesn't mean

Coz even if a thousand heroes die,

It's us - who'll make the nation better.

Poetry Slam:
Slam for Civil Rights
This poem is about:
My country
Guide that inspired this poem:
5 Tips for Writing a Free Verse Poem